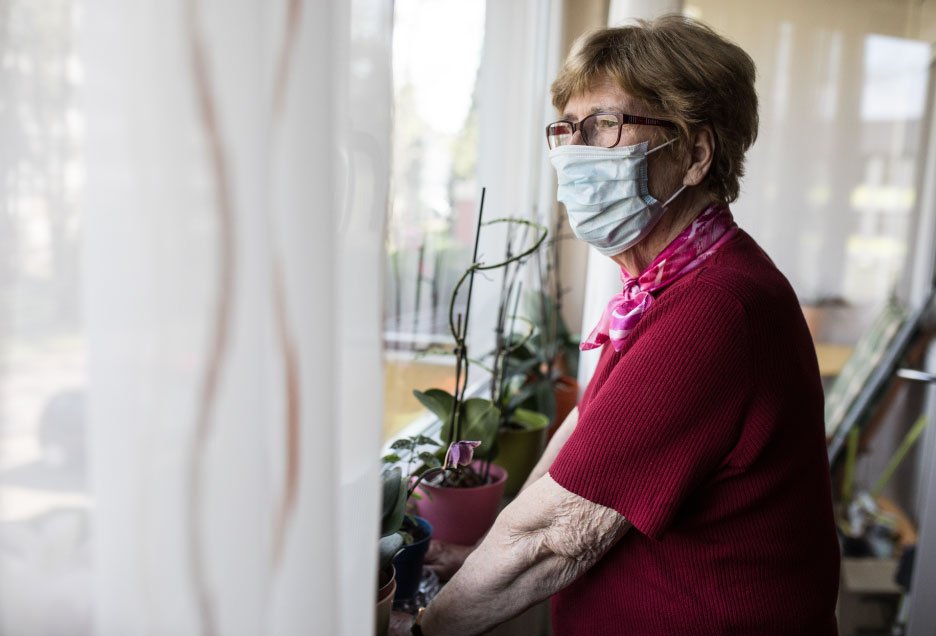 US – The coronavirus has devastated nursing homes across the country, killing tens of thousands of vulnerable older Americans. Nursing homes did not cause the pandemic, but poor infection control, inadequate staffing and sluggish mitigation allowed the virus to spread.

Rather than hold these facilities accountable, however, states increasingly are protecting them from lawsuits.

At least 21 states have taken actions within the last four months to limit the liability of health care providers, with nine states expressly including nursing homes. The industry is calling for similar protection in other states, and at the federal level, nursing homes are connecting with other trade groups to push for expansive, national immunity from lawsuits.

Essentially, these states are protecting nursing homes from aggrieved residents and their loved ones who may have suffered harm, injuries or death due to their actions – or inactions – during COVID-19.

The industry argues that staff members need to feel safe making decisions with scarce resources. It has long argued that it already has enough oversight in the form of government regulation and visits from residents’ families. But regulation and enforcement have been declining, particularly over the last three years. Regulatory penalties are generally low, and shutting down troubled nursing homes is rare. Amid the pandemic, family members haven’t been allowed inside most nursing homes to avoid bringing the virus in.

The result leaves residents with little recourse to hold nursing homes to account.

As law professors in the area of health care law and policy, we view the industry’s demands for additional protections against lawsuits as a dangerous overreach at a time when high numbers of health violations show nursing homes need more oversight, not less.

THE RISKS WERE CLEAR BEFORE COVID-19

It was clear long before the pandemic began that U.S. nursing homes were vulnerable to an infectious disease outbreak.

A Government Accountability Office report released in 2019 found that 82% of nursing homes, over 13,000 facilities, had been cited for problems related to infection control. The industry’s longstanding staffing and infection problems have been well-documented.

Yet, when the pandemic reached the U.S., many of these facilities failed to implement basic protocols to slow the spread of infection, with devastating consequences.

By early June, more than 40,000 people had died from the coronavirus in long-term care facilities in the U.S., about 45% of the nation’s COVID-19 deaths, and the numbers are likely much higher. In Minnesota, Rhode Island and Pennsylvania, the toll in nursing homes has been closer to 80% of coronavirus deaths in the state.

The communal nature of nursing homes and frequent movement among rooms by staff create risks when diseases spread easily, but those risks can be reduced. Nursing homes should follow guidance from the Centers for Medicare and Medicaid Services and the CDC which includes isolating residents with symptoms. Across the country, however, nursing home staff warned government regulators about conditions in facilities and how management brushed them off.

HOW STATES ARE CREATING IMMUNITY

Despite these deficiencies, the industry says it should have exceptional immunity from liability. Nursing homes say there are too many factors out of their control, including personal protective equipment and testing, which impacts their ability to control the spread of COVID-19 in their facilities.

Most governors reacted to COVID-19 with emergency orders. These triggered preexisting provisions of state law that protect health care providers who are called on by the state to assist during an emergency. The orders grant immunity for good faith efforts under the notion that these acts are in the public interest.

Several states have expressly granted immunity for nursing homes, from Connecticut to Hawaii. Other states, including Wisconsin, may not specifically state “nursing homes,” but they define health care facilities broadly. As a result, nursing homes may be able to argue that they are protected. New York has the broadest liability shield, and one that nursing home lobbyists reportedly helped draft.

These are not perfect liability shields. Residents or their families will argue these new laws protect only against lawsuits involving emergency triage decisions, mitigation or treatment efforts, not the acts or omissions that led to the virus taking root in nursing homes in the first place. There is also uncertainly about the time frame these shields apply to. Do they extend backward to the early days of the virus or forward to after emergency orders expire?

A LARGER TREND TO AVOID LIABILITY

This latest effort by the nursing home industry to reduce liability exposure is part of a larger legislative trend.

State malpractice reform laws sometimes include nursing homes, and either limit damages or force the plaintiff to jump through additional hoops.

Nursing homes also often include arbitration clauses in their admissions contracts. These prevent injured residents or their families from filing a lawsuit. The federal government prohibited these clauses, but nursing home lobbyists succeeded in overturning that policy in 2019. Some states still ban arbitration clauses.

Life Care Center of Kirkland, Washington, one of the first nursing homes that failed to control an outbreak, has been tied to over 129 COVID-19 infections and 40 deaths.

Regulators found the facility demonstrated “systemic failure,” including failure to report and continued intake of new residents. However, regulators imposed penalties of just US$611,000 in fines and allowed months to “correct” the errors. This level of minimal enforcement is insufficient to deter misconduct. Therefore, it is important to maintain the additional threat of lawsuits to guard against substandard care for older Americans.

Federal legislation proposed in the U.S. House of Representatives in May aims to improve quality care in long-term care. It targets the spread of infection by increasing inspections and imposing stricter protocols for testing and reporting.

Meanwhile, we believe nursing homes should not be allowed to escape lawsuits brought by families who trusted them to take care of their loved ones. These are not “frivolous” lawsuits. The standards they impose are not overly burdensome. All that is asked is for nursing homes take reasonable care of those entrusted to them.